Those of you who follow me on Facebook or Google+ might remember me mentioning recently that the incredible Thomas Boatwright put together an awesome Playmobil conversion of Solomon Kane. Well, he went ahead and sold the conversion, and I was lucky enough to be the one to buy it. The package arrived yesterday, featuring not only Solomon Kane himself, but also a couple of pirates, a couple of Vikings, and an original sketch of Playmobil Solomon Kane, in all his glory. 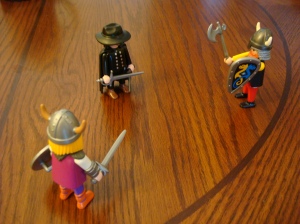 Solomon Kane faces down some Vikings! 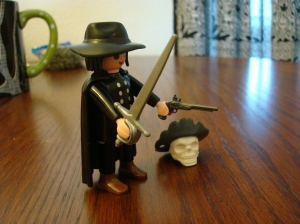