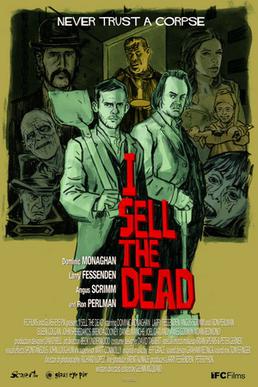 It’s still October 13 (for about another hour), so what better time to begin my countdown of the thirteen tales that make up Painted Monsters & Other Strange Beasts. We’ll begin with an old favorite, the oldest story in the book, in fact, though this is also its first time in print: “The Worm That Gnaws”

“The Worm That Gnaws” was written partly as an exercise in atmosphere, but mostly to see if I could capture a certain accent: the thick Edinburgh accent associated with movie grave robbers and resurrection men. It was first produced as an audio version at Pseudopod, way back in 2009. Ian Stuart nailed the voice so perfectly that it remains my preferred version of the story, and also guarantees that I can never read it aloud myself; there’s not way I could even come close to doing it the same justice that he does.

I’ve always loved grave robbers and resurrection men–those individuals, long of need and short on scruples, who provided cadavers for the medical schools of old. Probably partly inspired by the real-life duo of Burke and Hare, grave robbing pairs made frequent appearances in the early horror cinema, often providing comic relief. A good example can be found in the opening minutes of Frankenstein Meets the Wolf Man.

There were a few movies made that were overtly about grave robbers, including The Flesh and the Fiends and The Doctor and the Devils, but my favorite is probably also the earliest, a 1945 adaptation of the Robert Louis Stevenson story The Body Snatcher, produced by Val Lewton and directed by Robert Wise. The film stars Boris Karloff in a meatier-than-usual role as a sinister grave robber named John Gray, who no doubt went a long toward influencing the character of Wolfe in “The Worm That Gnaws.”

When I first wrote this story, I had not yet seen Glenn McQuaid’s brilliant 2008 horror comedy I Sell the Dead, which is probably good, because if I had, I might have thrown in the towel and assumed that everything that needed to be done with grave robbers and supernatural horror had been done. While the story was written with those movies from the 30s and 40s in mind, there’s probably no better film to pair it with that McQuaid’s own love letter to the (sub)genre. Plus, if they ever were to adapt “The Worm That Gnaws” to the screen, I can think of much worse people to play Wolfe than Larry Fessenden.