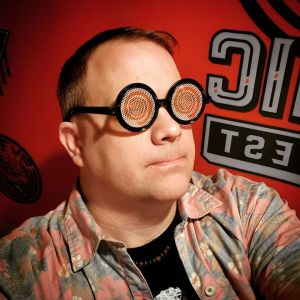 Orrin Grey is the author of several books about monsters, ghosts, and sometimes the ghosts of monsters. His stories have been published in dozens of anthologies, including Ellen Datlow’s Best Horror of the Year, and his writing on film has appeared in places like Strange Horizons, Clarkesworld, and Unwinnable, to name a few. John Langan once referred to him as “the monster guy,” and he never lets anyone forget it.

He can be reached in the beyond at: orringrey [at] gmail [dot] com