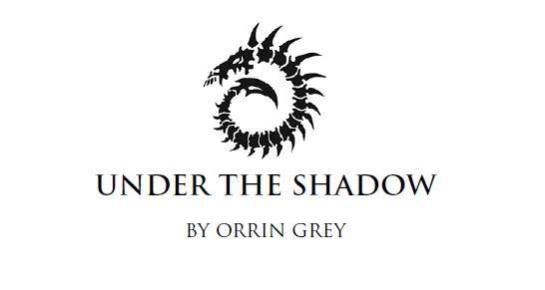 It’s not really a subject that I’ve talked about a lot here, but I grew up with tabletop wargaming. Warhammer was probably my biggest introduction to the fantasy genre. I didn’t have the money to play very often, and I never collected a lot of miniatures–and certainly lacked the patience and skill to paint up those I did have–but I read the books voraciously, and inhabited those worlds more than perhaps any others, save maybe those of superhero comics.

By the time I encountered Privateer Press and their Iron Kingdoms setting, I had moved as a writer away from fantasy stuff to the darker corners of the horror genre. But the Iron Kingdoms and the games set therein reminded me of what I had fallen in love with in the first place, and IK quickly became one of my favorite settings of anything, ever. I played for a while, dabbling in Mercenaries and falling in love with Trollbloods before finally settling on Gatormen as my default faction. I even bought a few of the miniatures, though I’m still no good at painting them. And once again, I read all the books I could get my hands on, voraciously.

Recently, Privateer Press unveiled a newly-minted fiction publishing arm in the form of  Skull Island eXpeditions; putting out ebook stories and novellas in the Iron Kingdoms universe. To say that I was pleased when they approached me to do some work for them would be the understatement of a lifetime.

The first product of that collaboration has now seen press. My story “Under the Shadow” is one of four stories in Called to Battle, an anthology of tales concerning solo characters from the Iron Kingdoms. Mine concerns General Gerlak Slaughterborn, a blighted trollkin who hails from the Cryx faction, an army of necromancers and undead robots that is exactly as cool as that sounds. I loved writing “Under the Shadow,” and found plenty of room to explore some of my own pet themes within the bounds of the Iron Kingdoms setting.

One of my favorite things about the Iron Kingdoms is how they handle dragons. Rather than the fairly generic critters that populate many fantasy settings, the dragons of the Iron Kingdoms are borderline Lovecraftian in their antiquity, power, and scope. Consequently, one of the things I enjoyed most about working on “Under the Shadow” was exploring the relationship between Slaughterborn and Lord Toruk, the first dragon and god-king of Cryx.

“Under the Shadow” was only the first of what I hope to be many pieces I do for Skull Island and Privateer Press, and the subject of dragons is one that I’m looking forward to exploring more in future stories. Keep an eye on this space for more news on that front. In the mean time, if you’re curious for an introduction to the Iron Kingdoms, there’s worse places to start than Called to Battle, which you can pick up from their website now.