So, good grief, I guess it’s been four years ago  already that I wrote a blog appreciation post on Mike Mignola’s birthday that said just about everything that I’m going to say here again, today. In the years that have passed since then, I’ve been fortunate enough to meet Mike several times in person, and chat with him frequently on Facebook. (I think I had already met him a time or two by then, as well.) In fact, there’s a fair-to-middling chance that he’ll read this, although maybe not, because he’s on the set of the new Hellboy reboot movie (!) right now, which probably means that he’s got better things to do.

In that four-year-old post, I mention a story that Mike often tells about how reading Dracula as a kid made him realize that all he wanted to do was draw monsters, and I say that it was Mike’s work on Hellboy that made me have a similar realization. That’s all still just as true today as it was four years ago. I’ve been in a lot of Lovecraft-themed anthologies over the years (more than any other kind). I came to Lovecraft early on, along with Barker and others, and he definitely had a big impact on my work. But if you really want to understand what I’m trying to do in my stories, you’re better off looking at guys like Manly Wade Wellman, William Hope Hodgson, and E.F. Benson. And I came to most of those guys through Mike.

More than just an artist, I was inspired by Mike as a storyteller. When someone asks me who my favorite artist or my favorite writer is, the answer is pretty much the same. His approach to the supernatural. His way of repurposing his own inspirations. His ability to make surrealism approachable, to make horror both creepy and fun. Those are what I aspire to in my own work.

If I had an inspirational quote tacked up above my desk (instead of a framed Mignola print), it would probably be this line from Alan Moore’s introduction to Hellboy: Wake the Devil, “… the trick, the skill entailed in this delightful necromantic conjuring of things gone by is not, as might be thought, in crafting work as good as the work that inspired it really was, but in the more demanding task of crafting work as good as everyone remembers the original as being.”

That or perhaps this perfect line from Joe R. Lansdale’s introduction to Baltimore: The Curse Bells, “Isn’t that the job of all great art, to kick open doors to light and shadow and let us view something that otherwise we might not see?” Put those two together, and you have a pretty succinct summary of what makes Mike’s works so brilliant, and what I strive toward whenever I sit down in front of the computer.

In that previous blog post, I mentioned that my first collection was dedicated to Mike, and that, if there were any others, they just as easily could be too. Since then, there has been one other, plus a variety of chapbooks, a collection of essays on vintage horror films, and even a licensed novel for Privateer Press. None of them are dedicated to Mike (I already used that dedication up early on), but most of them probably could be. And maybe it’s no coincidence that my first collection is due back in print in a new deluxe edition sometime in the next few weeks, with pre-orders closing literally tomorrow. When it’s released, that dedication to Mike will still be there, front and center.

So happy birthday to my favorite creator and my biggest creative inspiration. If you are (somehow) reading this and are unfamiliar with Mike’s staggering body of work, do yourself a favor and go pick up one of his many books. They’re all good. 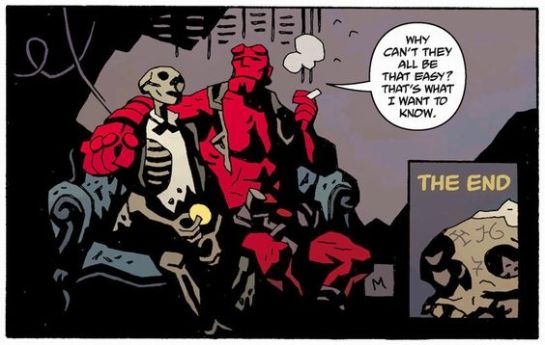