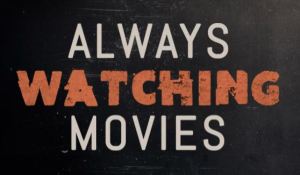 On social media I referred to this as a wrap-up, but that’s something of a misnomer, since this year’s Panic Fest proved too huge for one weekend and has spread into evening showings all this week, giving you another opportunity to see some of the best movies of the Fest, including Tigers Are Not Afraid, Vidar the Vampire, and Ruin Me all playing tonight, not to mention another shot at Tigers tomorrow and They Remain on Wednesday.

This year’s Panic Fest was, I think, my fourth one ever, and my second attending primarily as a civilian, rather than helping out with booths and stuff. I also doubled my previous weekend best when it comes to watching movies, and caught eight films at this year’s Fest, most of which were really good. Highlights include Ruin Me, Vidar the Vampire, Tigers Are Not Afraid, and Lowlife. Of course, They Remain would be high on this list if I hadn’t already seen it at its world premiere at the H.P. Lovecraft Film Festival last year.

The list in full is: Ruin Me, Vidar the Vampire, The Cured, Mohawk, Tigers Are Not Afraid, Lowlife, Birdboy, and Midnighters. I missed a few others that I heard good things about, including Mayhem and Mom and Dad, and I only watched one that I kind of hated myself for seeing, so that’s pretty good.

Tigers Are Not Afraid and Lowlife, in particular, are movies that I think you’re going to be hearing a lot more about in the future, while Vidar is going to be one of those bizarre sleepers that will become like a secret code for those who have seen it. I also saw the trailer for Ghost Stories something like three times, and it quickly climbed to one of my most anticipated movies of the year. For those who haven’t seen the trailer yet, it looks absolutely amazing, and like exactly my kind of thing. I am keeping my fingers crossed that it’s like the first half of Autopsy of Jane Doe, only the whole way through.

When not watching movies–and sometimes when I was–I got to spend some more time with Philip Gelatt and his producer Will, who were very gracious and a lot of fun, and who unfortunately opted to watch mostly the worst movies I saw with me. After seeing They Remain at the HPLFF, I had encouraged Adam and Tim to bring it to Panic Fest, and I was thrilled when it not only joined the lineup, but when Phil and Will decided to fly into town to introduce the film. I hope they had a great time in KC.

Other non-movie highlights include playing a Terminator 2 pinball game with Will and Phil, listening to Will’s Hollywood stories (which convinced me at last that nothing I make up about movie production will ever be as bizarre as the truth), intruding upon a couple’s very intense game of Connect Four (if either of you are reading this, hi and also sorry), saying hello to friends who I only seem to see at these events, and staying the night in a just-about-Banfield tier hotel with walls painted two different colors of brown, which really added to the horror fest ambiance, especially right after watching Lowlife. (It didn’t hurt that when I turned on the TV there was a women’s prison episode of Murder, She Wrote co-starring Adrienne Barbeau.) I didn’t take very many photos at this year’s Fest, and those I did take were a little odd, but I had an amazing time.

Panic Fest remains a great experience every year, and the Screenland Armour remains a great local movie theatre, run by great people who love movies as much as (probably more than) I do. If you aren’t from the Kansas City area, it’s worth your while to come in for Panic Fest some year. It’s always a hell of a time.

This may not be much of a wrap-up, and I may be making the trek back out for a few of the extended programming movies some evening this week, but for now I’m feeling a little worse for three days of wear, so this is about all I’ve got in me. More later…