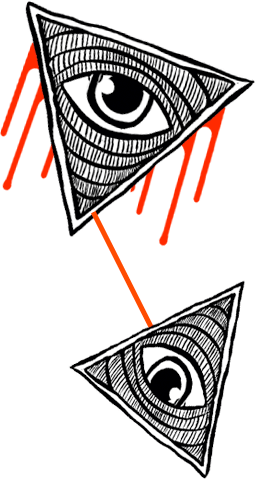 Once again, Panic Fest has come and gone. Well, not actually. As I write this, it’s still going on for two more nights of extended programming, but I’ve made it out for the last time, and not just because temperatures are supposed to get to literally below zero over the next couple of days, with windchills that can purportedly cause frostbite in minutes.

Panic Fest is a special time for me. Sure, it’s awesome to have a local horror film festival right here in my own town, let alone one that’s been named one of the best in the country. But that’s not the only reason. It’s not even just because all my awesome local film friends are in one place at the same time, even if we probably actually see each other less than we would the rest of the time, because we’re running around trying to catch as many movies as we can. It’s a special time for me because it marks an anniversary.

I’ve talked at some greater length about it in the past, but it was as I was leaving the house to go to Panic Fest 2015 that I got the phone call that set into motion the series of events which culminated in my dad’s death and several years worth of intervening therapy and… y’know, heavy stuff. Panic Fest felt like the last weekend for a long time where I got to just go be happy, and so every year it stirs up a lot of sometimes conflicting emotions, but I always love it, and I loved it this year, too.

Thanks in part to extended programming, not to mention the Screenland’s two fancy new screens, I got to see more movies this year than ever before. Total for the entire Fest was 11 films if you count Satan Place, which I watched at the kickoff event thanks to the folks at Magnetic Magic, plus one shorts block and about half of a live-reading of an adapted (we’ll say) version of the screenplay for Jason Takes Manhattan, which was a hoot.

Besides that I saw St. Agatha, Book of Monsters, Gags, Luz, The Luring, The Wind, One Cut of the Dead, Lords of Chaos, The Golem, and Starfish. Highlights of the Fest were definitely One Cut (which must be seen to be believed; go into it as cold as possible), Gags, and Starfish, but most of what I saw was good. The highs may not have been quite as high as last year, but the lows were also not as low, and overall it was a good crop. You may see me write more about Gags down the road, too. We’ll see.

Phil Gelatt convinced me to give Letterboxd a spin shortly before the Fest, so I’m on there. I haven’t reviewed the Panic Fest movies yet, and I may not, but if you want specific thoughts about any of them, feel free to DM me or email me or whatever.

One specific highlight of this year’s Fest was getting to meet Charles Pieper in person. He and I had been in contact via Twitter, and he invited me to take a look at his short film “Malacostraca” because we were both fellow monster aficionados.  I checked it out, dug it, and recommended that he sub it to Panic Fest, which he did, and it got in, and I got the pleasure of seeing it on the big screen and hearing a guy in the front row loudly exclaim “Jesus!” as the credits rolled. So that was fun.