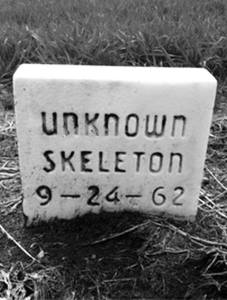 At the start of this decade, I made my first-ever professionally-qualifying sale. (Pro rates were somehow even lower then than they are now.) I had been writing since I learned how, and seriously attempting to publish since I graduated college not quite a decade before that.

In 2012, the first edition of my first collection, Never Bet the Devil & Other Warnings, came out. In five years it would be out of print, then back in print, in a new, hardcover deluxe edition from Strix Publishing.

Looking back, it came out too soon. Not that I’m not proud of the collection – I am, completely, if I wasn’t, I wouldn’t have allowed it to be reissued. I just wasn’t at the “first collection” stage in my career quite yet, but I didn’t know that then.

I co-edited my first anthology with Silvia Moreno-Garcia, which got translated into Japanese.

I’ve done work for Privateer Press, writing short fiction and in-game content, adventures, and even a licensed novel that is technically my first published novel-length work. In the last year alone I’ve written nearly fifty movie reviews for Unwinnable and Signal Horizon, where I also now co-host a podcast.

I’ve written introductions for reissues of some of my favorite books, including Benighted and collections by Robert Westall, from Valancourt Books, and introductions to collections by some of my favorite contemporaries, including Nick Mamatas and Amanda Downum. I have nonfiction bylines in places like Clarkesworld, Strange Horizons, and Nightmare Magazine.

I’ve been a guest at several wonderful conventions and festivals, gone on a great many podcasts, introduced movies at the local movie theatres, and much more. There are so many things on this list that, had you told me about them ten years ago, I wouldn’t have believed you.

Of all the many surprising things that have happened to me over the course of the last decade, though, perhaps the most surprising is that I quit my day job to write full-time all the way back in 2013, and I haven’t had to give it up yet.

Fiction writing certainly doesn’t pay the bills, so most of my time is dedicated to freelancing, but, as they say in Major League 2, a day of playing baseball is better than whatever most people have to do for a living.

It wasn’t until Grace was asking me if I was planning to do some kind of decade-in-review that I realized how much my life has changed in these past ten years, so it seemed worth taking note. I went from being virtually unpublished (I had sold a few stories, but not many) to having six or more books (depending on how you count) with my name on the spine and writing for a living.

Not too shabby, all in all.